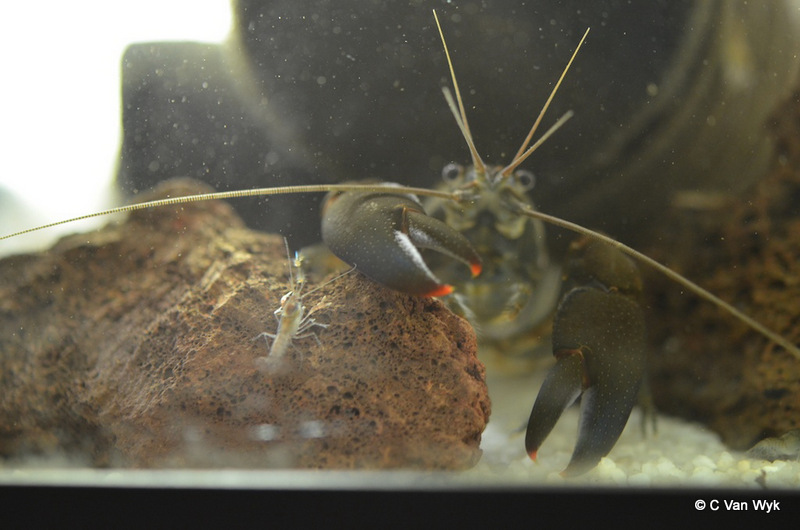 This post relates to some photos Chris from Queensland sent me. They are of his Cherax depressus which he found in the Noosa area. He caught the pair after a heavy rain event and took them home to his aquarium. The area they were captured is usually dry so they only come out of their deep burrows and get active when there is water around. 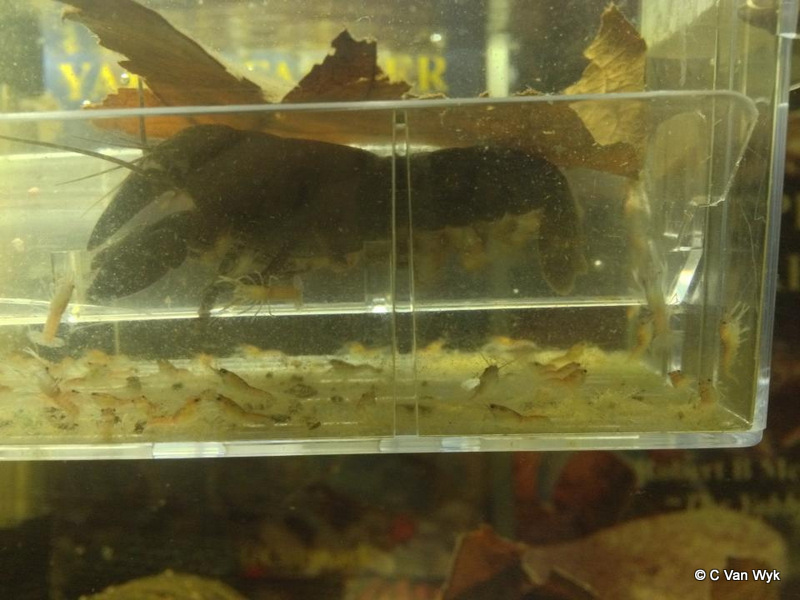 The mother separated from the babies in guppy breeding tank

This is what Chris said:

“These two Yabbies are very polite and well behaved, they were very cautious in the aquarium at first. I put a red LED floodlight on the tank at night, just to see what they got up to, and found that almost every night these two yabbies would be side by side “dancing”  –  it was the female trying to instigate mating. The male wouldn’t perform so he was isolated for a few days.  Two days after putting the male and female back in the same tank she was berried.”

“The babies began dropping from the mother on about the 10th of Jan, 2014. I kept the mother in a Guppy breeding tank for a few days to separate the babies from the mum, on the assumption that the mother would eat the babies.  After three or four days I realised that the babies were safe so I put the babies in with their mum in a separate tank. Almost all of the babies reattached themselves to the mum. After two weeks the mother and babies are still living together, she ignores her young as they climb on her claws and eyes and get piggybacks during feeding time, but they very rarely go to the tail anymore. The mother has shed her shell and simply appears to be happy, surrounded by her offspring.” 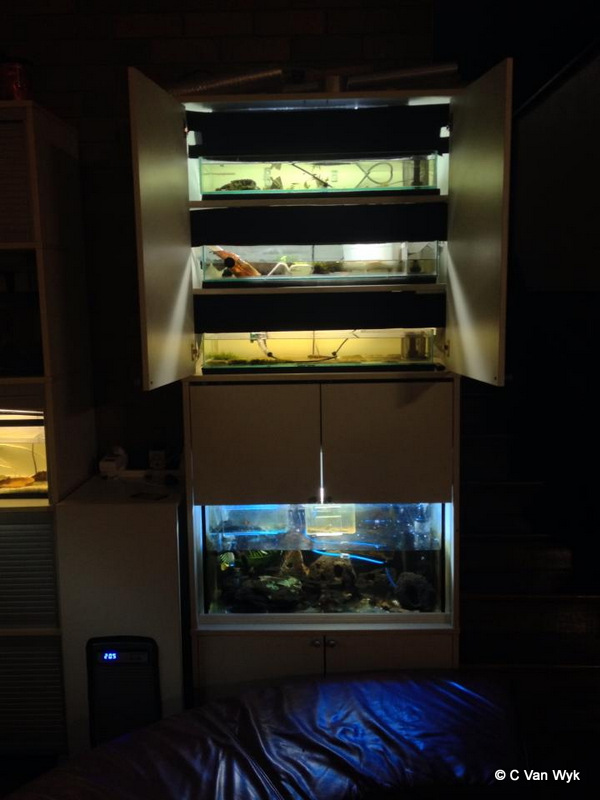 Cherax crayfish make great aquarium pets and they occur throughout most of Queensland. But make sure you are catching Cherax and not Euastacus. Please remember, all Euastacus freshwater crayfish are protected in Queensland under the Fisheries Act 1994 and Fisheries Regulation 2008, regardless of size. The catching or possession of these crayfish is totally prohibited so you cannot keep small ones as pets. 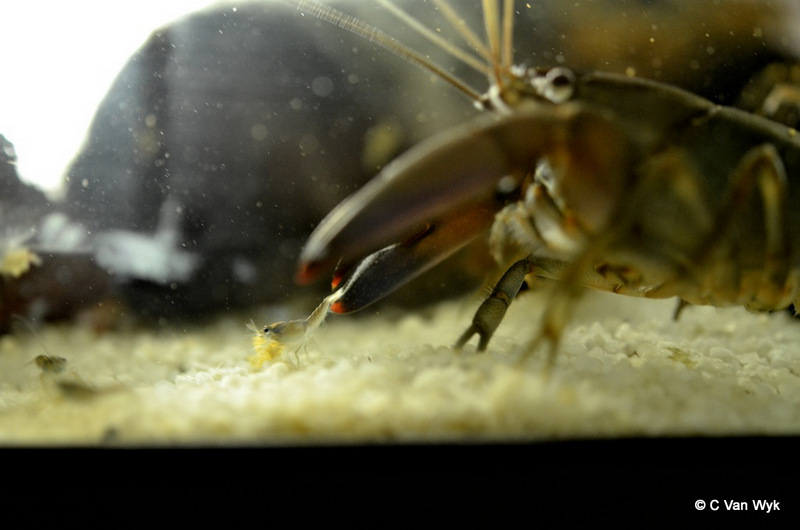 I’ll do an article on how to tell the difference between Cherax and Euastacus for those of you that don’t know the difference, so stay tuned.