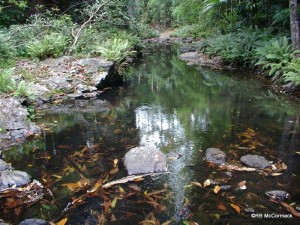 Euastacus hystricosus is Queensland’s largest giant spiny crayfish species. It is a crayfish covered in numerous sharp spines that grows to a huge size. Found in the upper reaches of the Mary and Brisbane rivers, the ACP has been researching this amazing species.

Much of the time we are just  weighing, measuring and then photographing and releasing freshwater crayfish but we need to catch the critters before we can do so.

Paul scoops a small crayfish from the stream 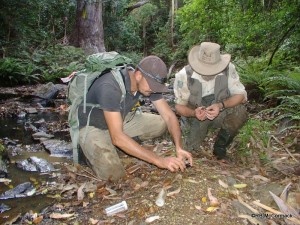 Paul and Rob photographing small crayfish along the stream edge

E. hystricosus blend in well with both the stream bed and surrounding forest floor 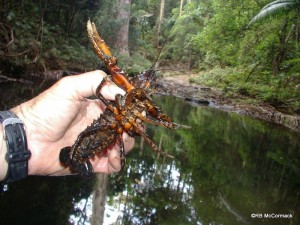 Rob with a smaller E. hystricosus 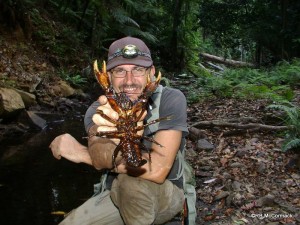 Paul with a larger E. hystricosus 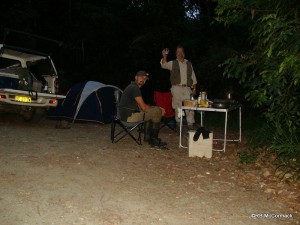 Paul and I camped that night in the forest so we could survey the streams at night to gather biological information. E. urospinosus became more active as the night deepened but E. hystricosus became less active. 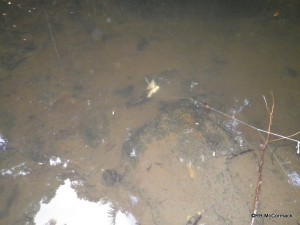 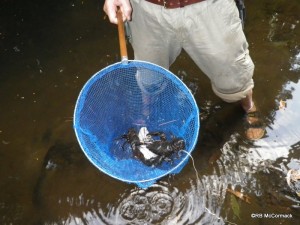 E. hystricosus love fish and are reluctant to let it go 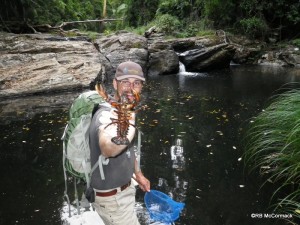