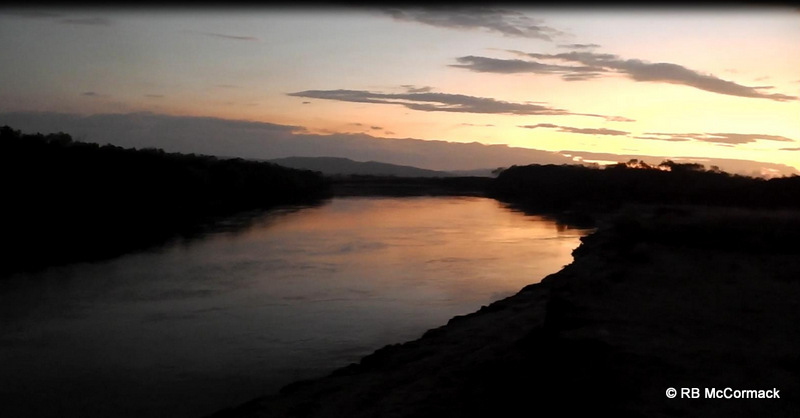 Early September 2015 four volunteers on the Australian Crayfish Project (ACP) met at Townsville Queensland for a crayfish research expedition. We met at Cocoa Creek, on Cape Cleveland approximately 17 km east of Townsville. We all got there pretty much together just before sunset. Cocoa Creek is a small muddy deep water creek flowing through the mangroves. Last time we were there it was full of fish, mudcrabs and rumour had it one small (1.2 m) crocodile. 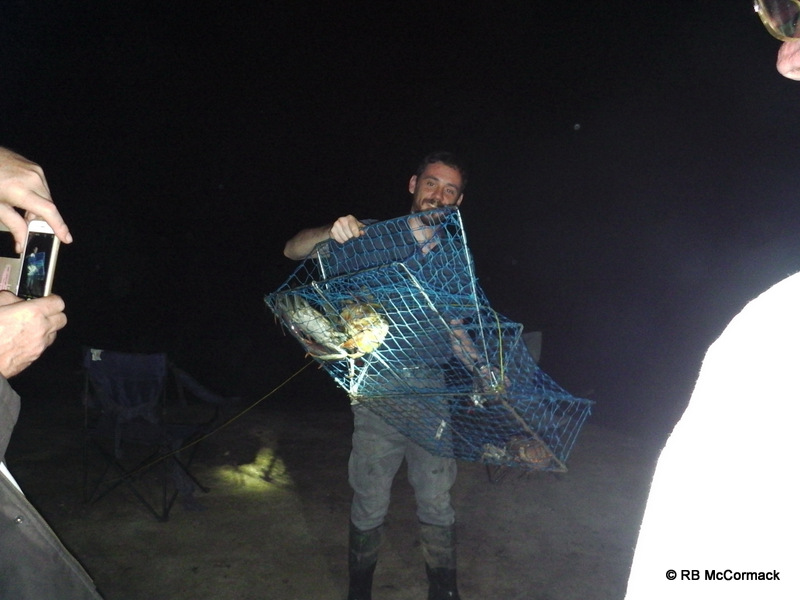 Karl with 4 mudcrabs in first 35 minutes

As soon as camp was set up we started having a fish just on dark. Karl dropped in a couple of crab traps and after 35 minutes he pulled the first out and jackpot, 4 mudcrabs. We failed to catch many fish that night but what was biting we biting midges or sand flies. They were in abundance and a major hassle as nothing repelled them.

The following morning Karl and I headed for Mt Elliott whilst Paul and Phil held the fort and stayed at base camp on Cocoa creek. 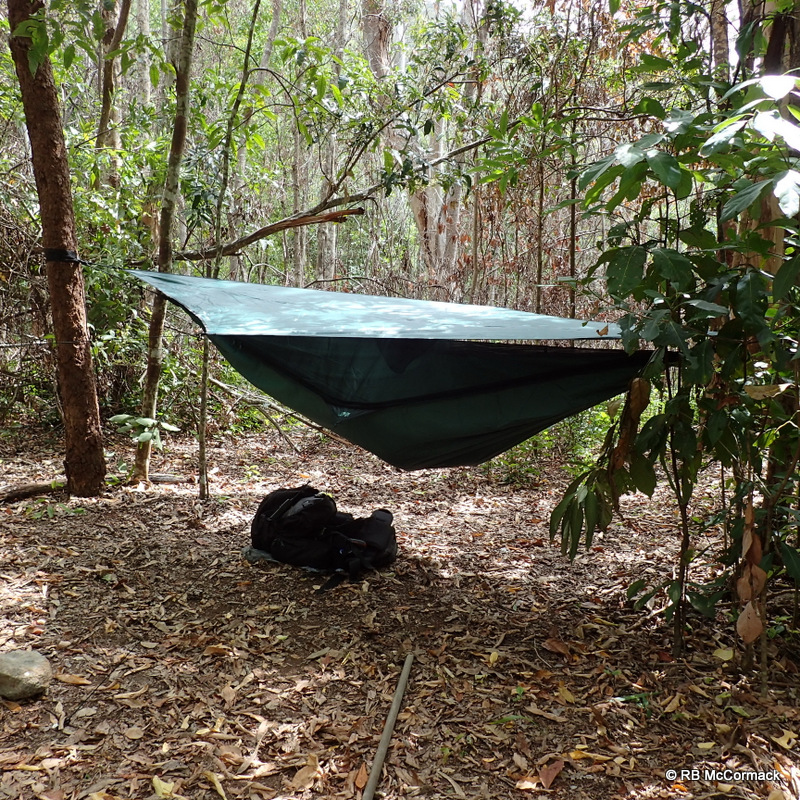 Karl and I made it to the base of Mt Elliot at the falls, set up a camp and then started climbing the mountain. We made it well up and then back that day, just blazing a trail and flagging a track ready for the early start the following morning. 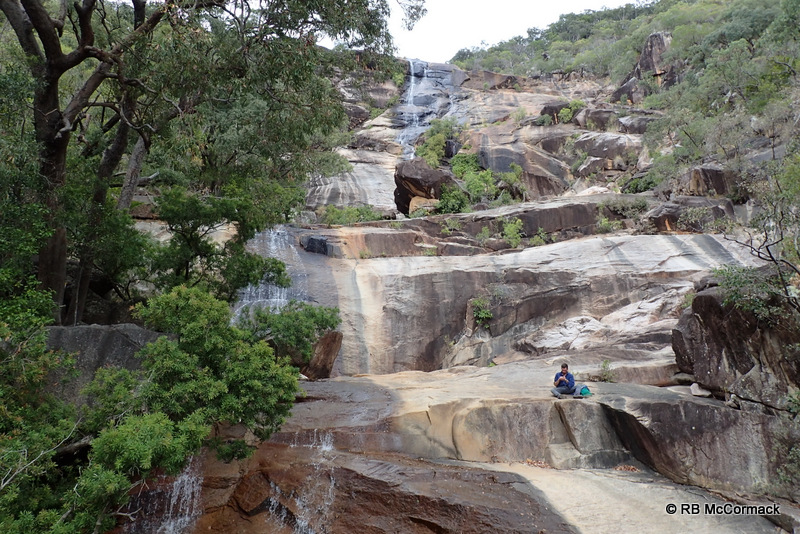 The base of the Falls, Alligator Creek

We were climbing Mt Elliott to research the Mt Ellliot Crayfish Euastacus bindal one of Australias most endangered and rarest freshwater crayfish species with a small knowledge base. 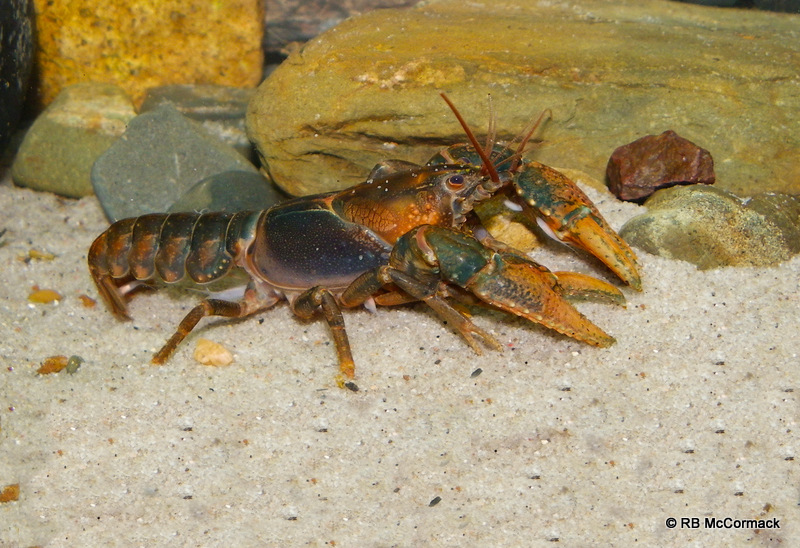 The ACP has been researching this species since 2008 and this is our 5th expedition up the mountain. Once again we gathered more information which has been added to our paper and eventually we will publish our findings. Unfortunately, we will need further expeditions up the mountain so stay tuned. 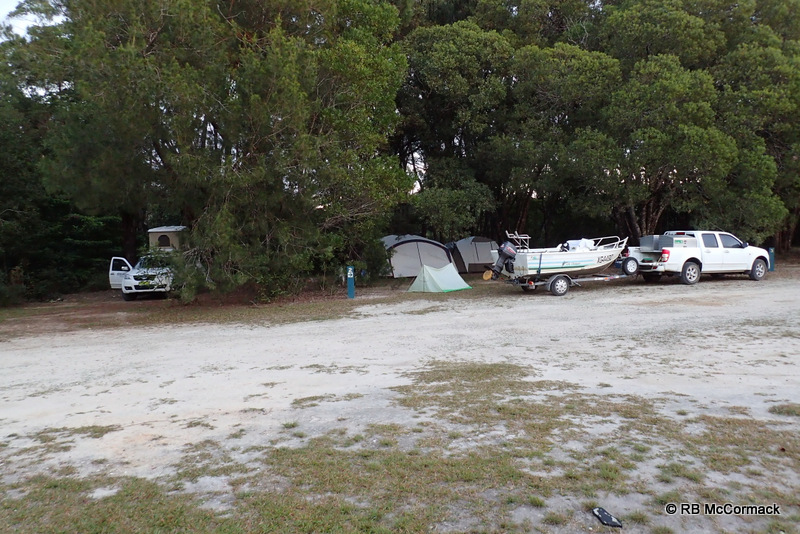 After Mt Elliot we headed to Koombooloomba Dam, some 28 km south south east of Ravenshoe, Queensland. The dam has been constructed on the Tully River and we set up a base camp there to research the Cardwell Hairy Crayfish Euastacus yigara. One of the least known and researched Euastacus crayfish species in Australia. Our research on E. yigara was very successful and eventually we will publish our results. For an article on E. yigara “Click Here”. 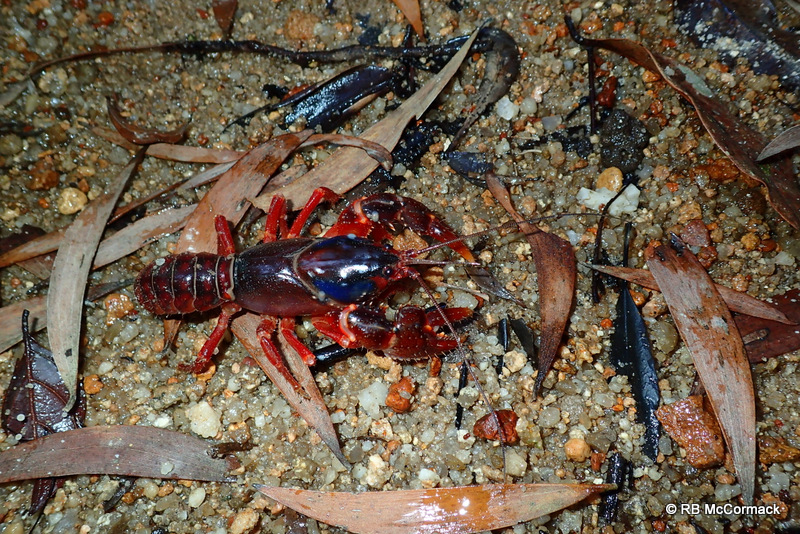 Paul brought his boat which we launched on Koombooloomba Dam and we were able to access all the feeder streams that drain into the dam. We would motor up to the end of a bay, hop out and follow the stream into the rainforest and research E. yigara. 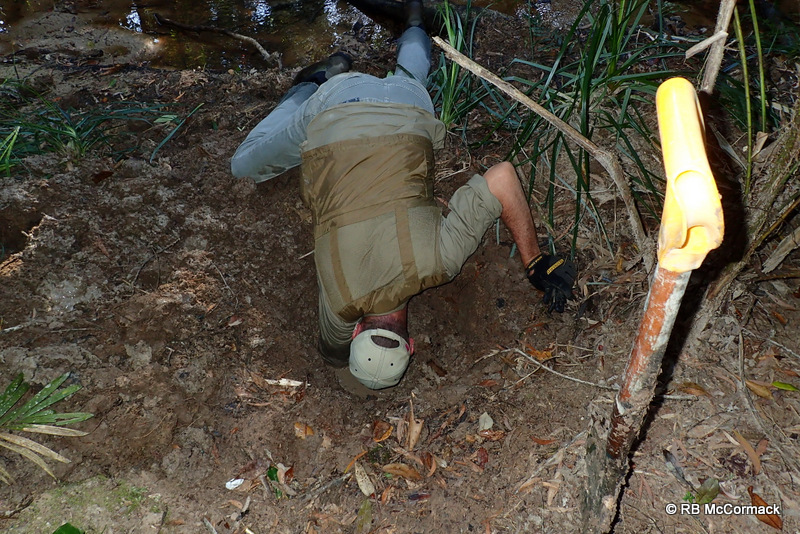 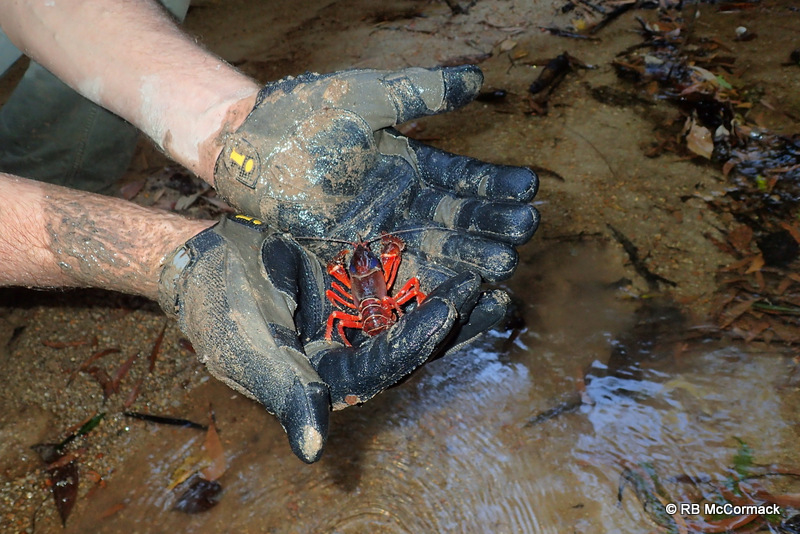 We also found both in the dam streams and those we surveyed in the wider area, Cherax parvus, Zebra Shrimp, another Caridina shrimp species, Rainbow Fish and Trout Gudgeons. 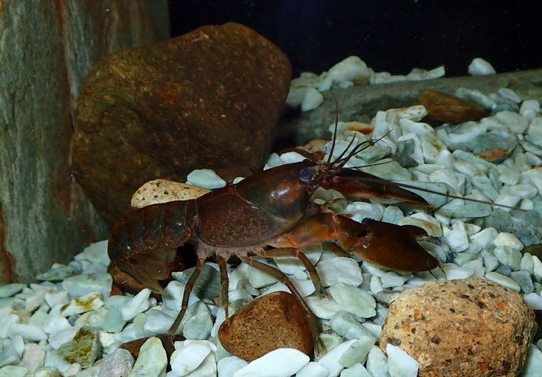 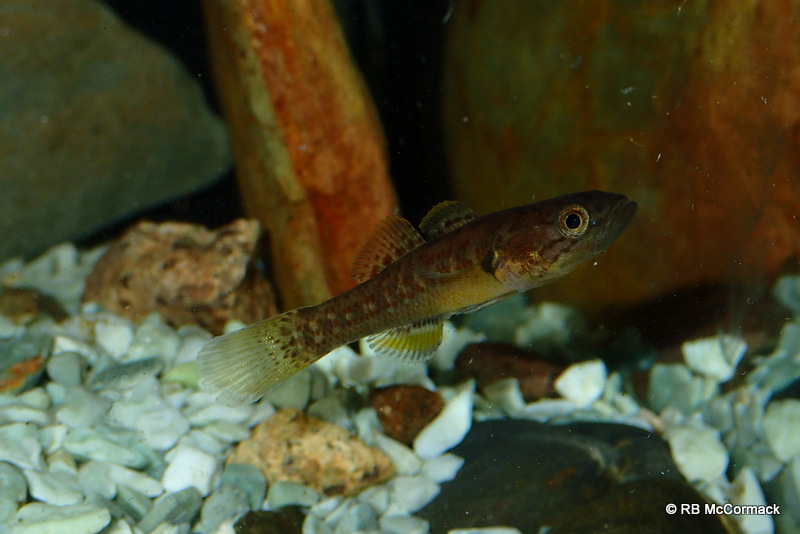 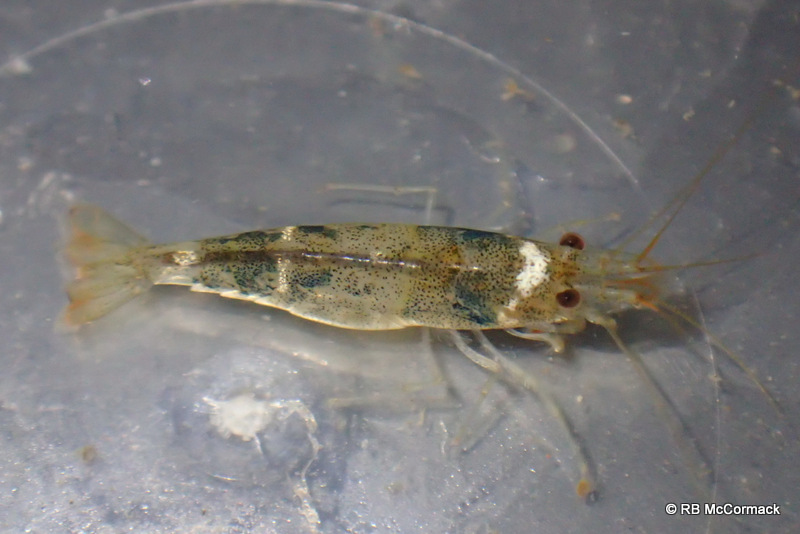 Between researching crayfish we also had a fish in the dam. Sooty Grunter were plentiful and we caught quite a few for dinners at night after a hard days cray chasing. 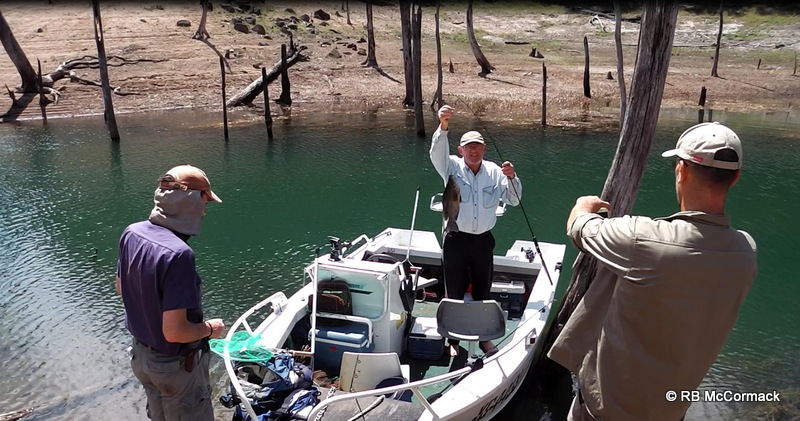 Phil with a nice Sooty Grunter

For 5 days we researched E. yigara then we moved to Hinchinbrook Island. 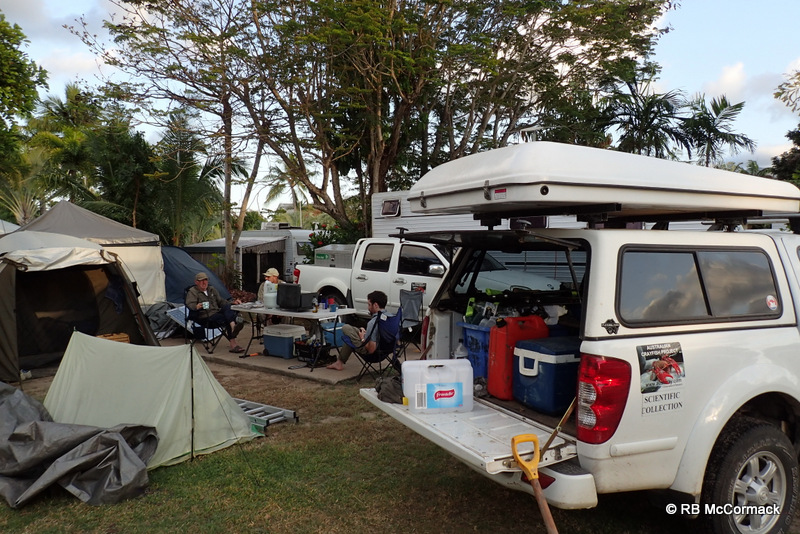 Our base camp at Lucinda

We made camp at Lucinda opposite the southern end of Hinchinbrook Island in the “Wanderers Holiday Village”. Camping was at a premium and we only just managed to get a space squeezed in between caravans. This was our base camp for daily expeditions across the bay to Hinchinbrook Island. We would motor across to Hinchinbrook then follow the creeks up into freshwater and survey for freshwater crayfish. 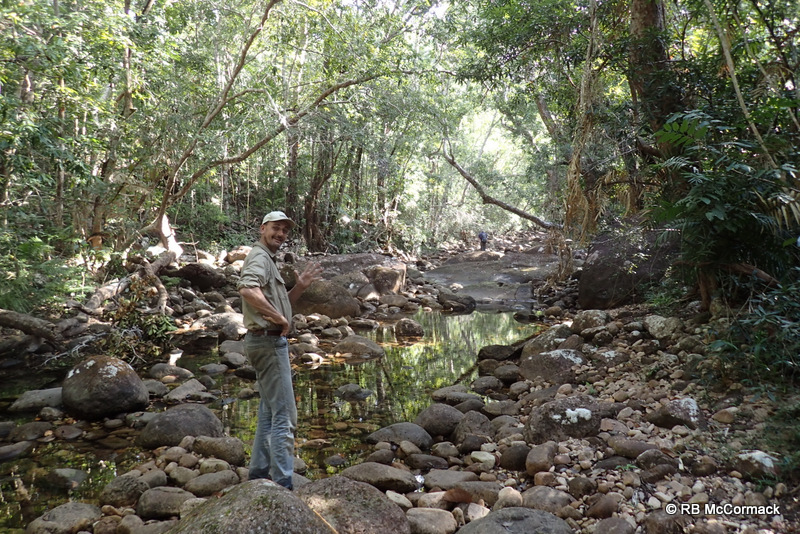 It was a great trip and we will do it again next year. I drove 5,500km to get there and back so 2 days each way just gettings there. Hopefully, next year we will do a fly in and fly out trip.