In 2017 the Hunter Region of NSW was suffering from the worst drought in 50 years. In late 2017 my local creek at Port Stephens dried up for the first time in the last 18 years since I’ve been here.

As the water dried out, I took the opportunity to investigate all the species that occur in my creek. The shallows of the creek dried rapidly but the deeper pools retained water through most of the 2017 period.

Interestingly, I observed freshwater mussels moving from the shallows into the deeper water. They use their foot which is tongue like to push themselves along. This leaves a trail in the sediments which you can easily follow to the mussel. 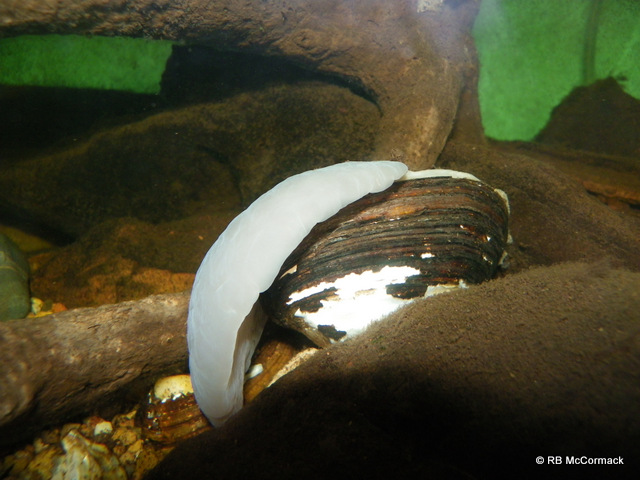 I was quite surprised by the sheer number of them that were in my deeper pool that I would normally use as a fishing and swimming hole. Typically its over 3 metres deep but the drought saw it shallowing to less that 300mm. Freshwater mussels are great indicators of your streams health. They are sensitive to pollution and sedimentation so if you have healthy populations, your stream is more than likely healthy.

The water in the bottom of my pool was clear, warm and shallow so I decided to survey the freshwater mussels in it. I systematically, worked my way by hand through the bottom sediments, feeling for mussels and counting them.

Interestingly, I found around 2600 mussels in the pool. That’s great news and indicates my creek is generally health and has been so for quite some time. Mussels are very long lived 20-40 years and these were a good mix of small to large old mussels that I was finding, indicating healthy conditions for many years.

Unfortunately, I’m not a freshwater mussel expert but I have spent some time over the years with experts helping them collect mussels for identification. The mussels I found were all very similar in size, colour and shape. However, if you looked closely, occasionally, I would find something different.

The most common and abundant freshwater mussel was Hyridella drapeta.

Interestingly, in amongst the 2600 mussels were around 160 different ones, these were Hyridella australis. 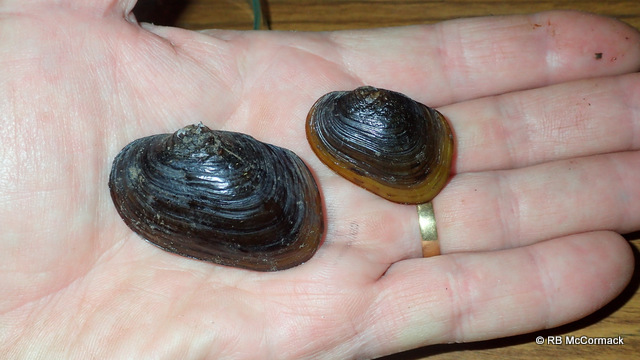 They look very similar but if you look closely they have v-shaped sculpturing on the beaks of the shells. 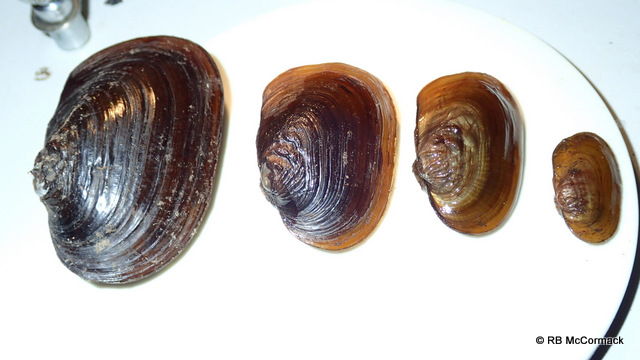 Freshwater mussels are natural biofilters processing large volumes of water.  They remove large quantities of nutrients, algae, bacteria and organic matter which helps to clean water bodies. Both H. australis and H. drapeta are classed as river mussels. They need permanent and flowing water to breed and survive so generally found in permanent flowing streams.

Many people want freshwater mussels for their fish ponds or farm dams to help keep them clean. River mussels are not suitable and will eventually die in a static water dam or pond. However, there is one species that thrives in static water dams and ponds. That’s the flood plain mussel Velesunio ambiguus. This mussel will live and breed up to huge numbers in your ponds and helps to keep your water clean. This is a commercially, cultured species so available for purchase from aquaculture farms like AustSilvers or if you just want one or two for a fish tank then check with your local aquarium shop. 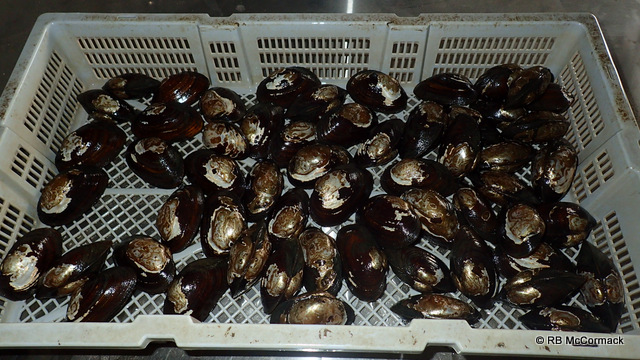 BTW, If you want to start a sustainable population going in a farm dam you will need several hundred as initial stock.