Australian aquatic Biological and its subsidiary RBM Aquaculture has had another extremely busy year with numerous consultations.

We designed and assisted with approval for a new Redclaw crayfish (Cherax quadricarinatus) Farm in Queensland this year. Interest in Redclaw aquaculture continues to grow in Queensland with continued investment. We designed a new aquaculture facility with 12 nursery ponds (25 x 10 m), 35 growout ponds (50 x 20 m), 4 sediment ponds (75 x 20 m), plus a water storage dam and purging facilities, etc. This consult was successfully completed this year with approvals from DAF, DSDMIP and Council being granted.

Consultation with a new Murray Cod farm just over the border of NSW in Victoria was completed this year. This consult also provided the opportunity for a holiday in Victoria for the wife (Cheryl), the family dog (Binx) and myself.

We designed and assisted with the licencing of a new Yabby (Cherax destructor) Farm in NSW. NSW DPI instigated a new regulation this year requiring a Farm Biosecurity Risk Management Plan to be created, submitted and approved prior to aquaculture permits being granted. This was something new from NSWDPI and over the year we generated a number of plans but each time they were rejected and the department required greater information. The problem was that DPI didn’t have a template or much direction and being the first to submit a plan we became the test case. We worked with DPI on not just this biosecurity plan but others as well for our other clients and finally this project was completed with approval granted and aquaculture permit issued. 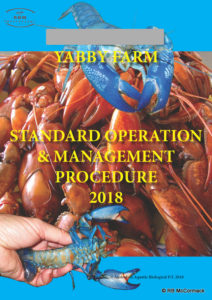 We designed and assisted with a new Yabby (Cherax destructor ) and Silver Perch (Bidyanus bidyanus) Farm in NSW this year.

Pre approval from NSW DPI Fisheries has been granted but this consult is ongoing into 2019 as it was submitted to council in December 2018. 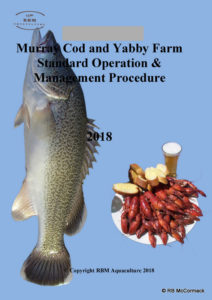 We have designed a new Murray Cod, Silver Perch, and Yabby Farm for NSW this year.

It’s in the developmental stage at the moment with designs, applications, SOMP and Biosecurity Plan created but this project will be ongoing into 2019. 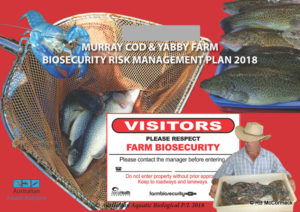 Long term consultancy with the Queensland Government has continued throughout the year. AABio has been engaged to supply expert opinion on freshwater crayfish and land based aquaculture to the Qld DSDMIP and DAF. This consultancy is ongoing and will continue in 2019.

Basin View Gardens. Regular services and support for the Royal Freemasons’ Benevolent Institution’s award winning aquaponic garden at Basin View, NSW has continued this year. Paul Van der Werf designed the integrated garden and then Paul and I built the Garden at RFBI Basin View Masonic Village back in December 2011. Since completion the aquaponic gardens have flourished being the subject of praise from all quarters, and a number of scientific studies commissioned on the health benefits of the gardens for the Retirement Village Residents. At the time this was the largest aquaponic garden in the southern hemisphere and won an International Academy of Design and Health Award. The International Academy for Design & Health is a global, interdisciplinary knowledge community dedicated to the stimulation and application of research concerning the interaction between design, health, science & culture. 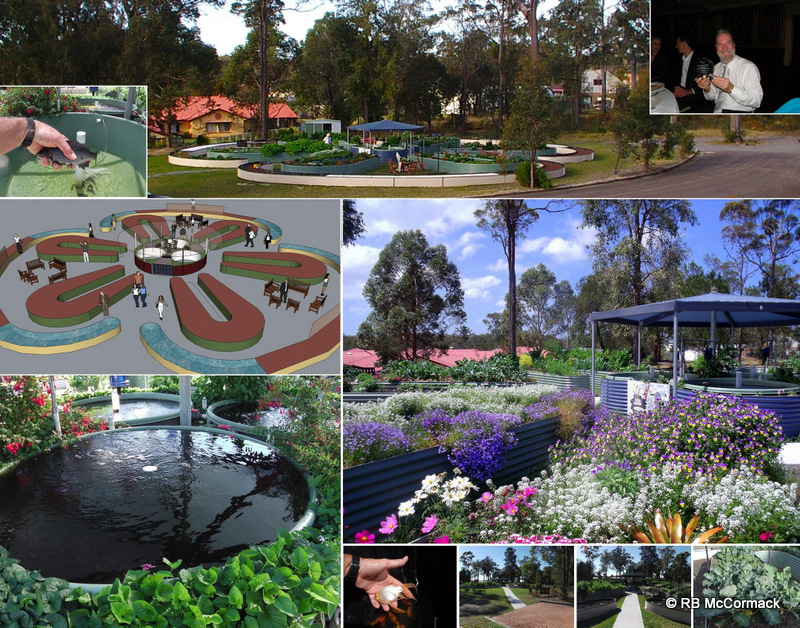 Since construction AABio has conducted regular service and maintenance of the garden. Significantly this year, the last of the Silver Perch were removed from tank 3 and replaced with ornamental fish (Koi & Goldfish). The ornamental fish supply a better visual stimulation for the village residents compared to the silver perch that only became clearly visible at feeding time. Our thanks to my mate Craig at Albatross Aquaculture for the supply of all our ornamental fish. The garden continues to supply high quality organically grown leafy greens and vegetables for the residents, the hostel kitchen and excess for fetes, etc.

Numerous other smaller consultations have also been completed. Plus long term consultancy with a number of our previous major clients continued throughout the year. 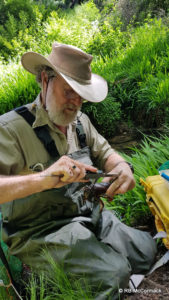 Another year of monitoring streams and crayfish populations for BMCC has been completed. Our long term ecological monitoring program is collecting valuable data and assisting with long term management actions to improve aquatic and riparian environments.

This year our aquatic surveys were expanded to include the Springwood Creek catchment. Data collected over the last 4 years is being included in a scientific manuscript currently in preparation.

Additionally, this year we attended the Leura Swamp Fest, held at Peter Carroll Oval in September 2018. We did a number of presentations “Up Close with Freshwater Crayfish” presenting information on the crayfish species present in the streams of the Blue Mountains and their importance as keystone species. 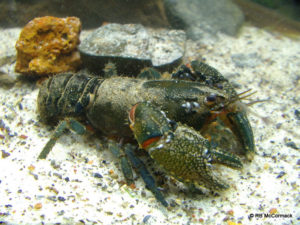 Euastacus gamilaroi. The imperiled Gamilaroi crayfish, Euastacus gamilaroi Morgan (1997), was described from a single specimen collected in 1954 from the vague location of Hanging Rock near Nundle, New South Wales (NSW). Since 1954 no further specimens have been lodged in museum collections or any detailed account of any aspect of the biology and ecology of this critically endangered species. Our current project aims to fill this knowledge gap. Over the year we had 6 expeditions gathering information and we intend to finalize and publish our findings in 2019.

As part of the Australian Crayfish Project, AABio sponsored an expedition to Cape York in July and August. This was an extremely productive  expedition with a vast amount of knowledge gained that will take several years to be fully utilized.

Two new Cherax species and a number of papers on known species are currently in preparation.

No scientific papers were published this year but several are nearing completion.

No new books published this year, however, Keeping Pet Yabbies has been updated with a new edition.

The 3rd Edition 2019 is currently at the printers and will be available in all good book stores by the 1st week of January 2019. (BUY PET BOOK)

A guide to Australia’s Spiny Freshwater crayfish continues as a best seller this year. 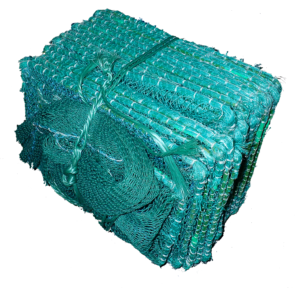 Net and traps sales continued this year with strong demand for commercial nets. The 14m super yabby trap continues with strong demand. We import these traps directly from the manufacturer in China and we only sell the heavy duty trap with the extra heavy duty cod end. This makes the traps expensive to purchase but if you want a trap you can use commercially every day year after year then these are the traps for you. Unfortunately, there are some very cheap, light weight 3.2 metre similar traps on the market that don’t catch much or last any time at all, “Buyer beware” “You only get what you pay for”.

Opera House trap sales have also gone through the roof this year. Commercial traps with no rings are the big seller. These type traps catch and retain far more yabbies than normal traps with a ring. We sell both a light duty and an extra heavy duty style trap. The extra heavy duty are the ones in huge demand by both commercial crayfish farmers and commercial fishers. Commercial fishers fit their own rings to these traps.  (BUY TRAPS) 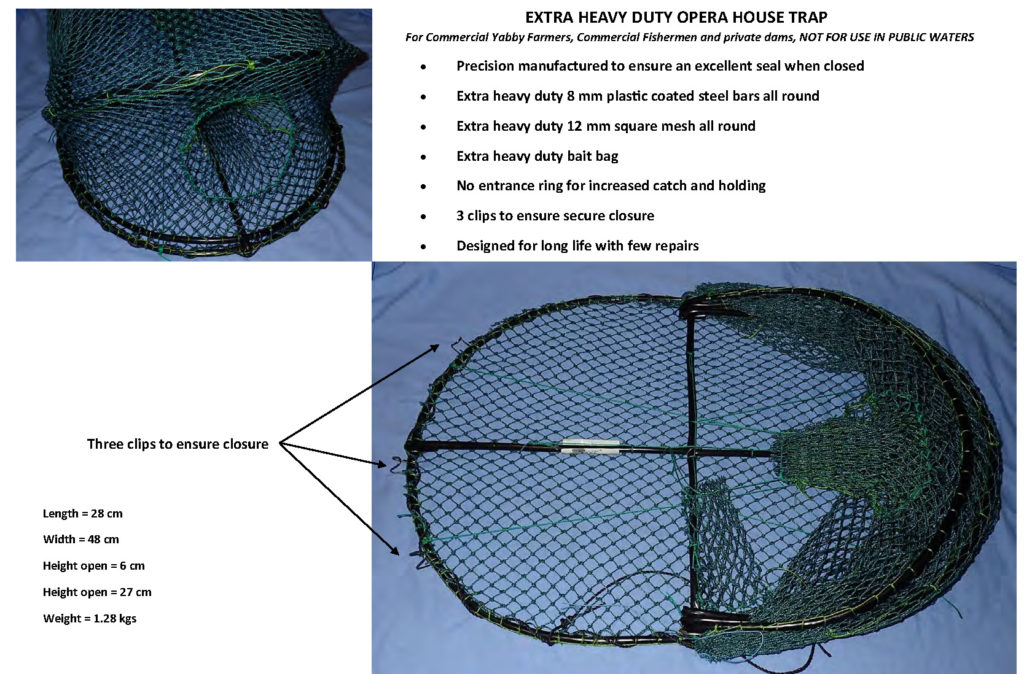 We have had a great deal of difficulty securing supply of these traps in any quantity from our traditional manufacturer that charges an arm and a leg for them. The two attempts with alternate Chinese manufacturers were both a failure as the sample trap they manufactured and sent to us were not to our specifications or an acceptable standard.

The large opera house traps NO RING have also seen a huge surge in sales. Traditionally used to catch eels from farm dams, more and more commercial fish farmers are using them to catch fish from farm dams. Murray Cod, Carp and Silver Perch farmers are snapping them up. Again, these are traps that may not be available in the near future. 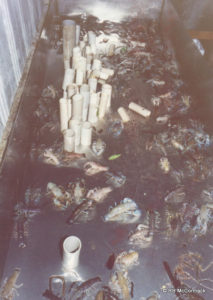 A quiet year for Mid West with only small amounts, less than 250kgs of yabbies being traded.

This will increase in future years, a new holding and purging facility is currently under construction as part of the AustSilvers development.

Stainless steel holding/purging tanks are being utilised, these tanks are available as a speciality item through the RBM Aquaculture website.

Stainless steel tanks are 2000mm x 800mm floor with a 200 mm wall x 1.5mm 304 Stainless Steel with a 25 mm BSP drain.These are purging/holding tanks are $385 each plus GST ex Sydney or Swan Bay (2424) NSW. Just send me an email if you want any, typically, they are supplied to our consult customers but happy to sell to anyone.

Stage 1 ponds have been constructed. Each pond is gravity drainable, with its own independent water and air supply.

The fish hatchery has been constructed and is in production with breeding of Silver Perch Bidyanus bidyanus being successfully achieved in the new hatchery.

The first silver perch fingerlings were harvested in late December 2018  The first harvest was of larger advanced fingerlings that were the offspring of our best genetic lines. These fish will mostly be used as future broodstock and were restocked into our own dams and ponds. We have another 200,000 fish in the ponds ready for harvest in the new year. (BUY SILVER PERCH FINGERLINGS)

Freshwater mussel culture is well underway, both bottom holding trays and floating cages have been constructed and installed in the Silver Perch broodstock ponds. Each of the 2 current broodstock ponds holds 10,000 mussels.

The Silver Perch broodstock act as the host for larval mussels and some mussel breeding has occurred in 2018.

Mussels sales for private farm dams and koi ponds has been strong with over 12,000 sold this year.

The mussels are also part of a freshwater pearl project, however, the construction of new facilities has consumed all our efforts and no further progress was made this year on pearl culture, however, the infrastructure is being developed ready for the future.