Freshwater sponges are very primitive organisms, members of the phylum Porifera (which means “pore bearer”). They have relatively soft bodies full of channels and pores allowing water to circulate through them. Their bodies are a network of fibres and branches with needle type projections – quite weird under the microscope. 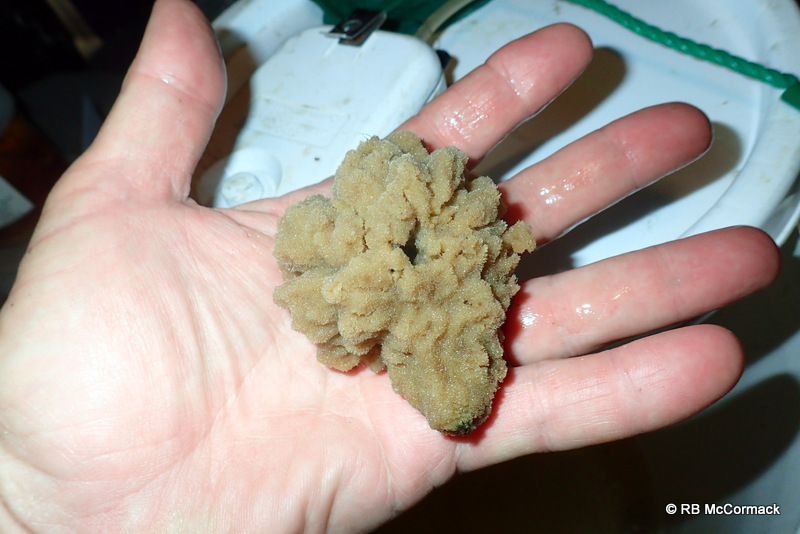 I’m not a spongiologist and typically just look and don’t touch, however, recently with the increasing drought, dams, lakes and rivers are drying up and the sponges which would normally be in deep water are becoming exposed and this has attracted my interest.

There are over 20 species of freshwater sponges in Australia, this one is from central west NSW. I’ve no idea of the species, if anyone knows I’d be interested in your knowledge. Typically, the sponges I see are on rocks and logs and usually a thin mat of sponge (<1cm thick) covering a broad area. These sponges are closer to the saltwater sponges I’m used to.

These sponges only seem to grow on submerged sticks and logs at depth. They seem to like the cooler deep water and shallow hot water seems fatal to them. If we move these sponges into warm water they “dissolve” and form gemmules. 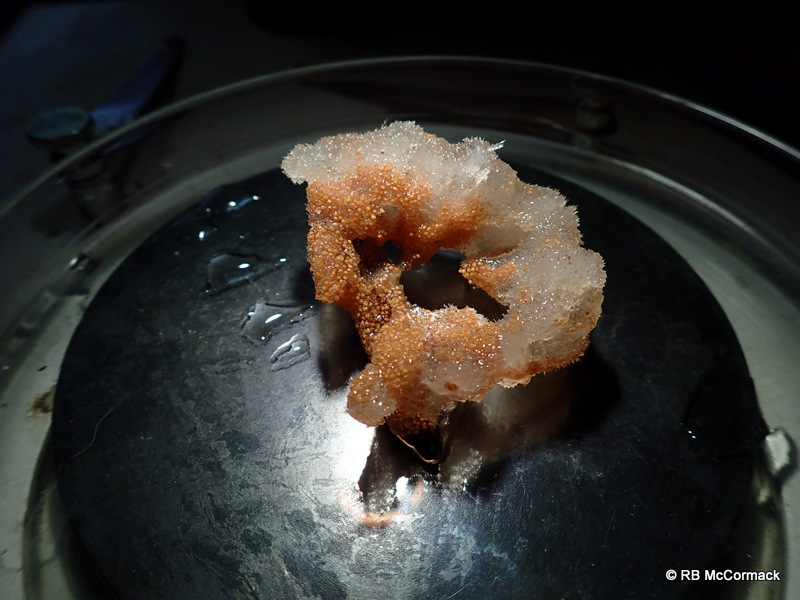 Formation of gemmules is asexual reproduction. Gemmules are small round tough-coated dormant cluster of embryonic cells that can survive harsh conditions and await the return of favourable conditions when they will “hatch” and grow into a genetically identical copy of the original “parent” sponge. 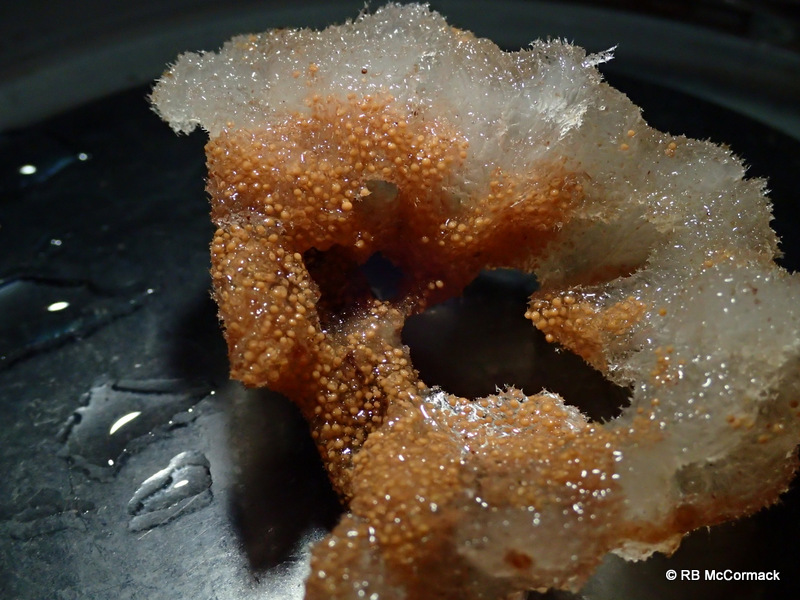 Sponges seem slow growing, don’t know how long these ones live for, but they must by many, many years old. They are filter feeders so help clean the water and their loss on mass across the dams, lakes and rivers of eastern Australia due to the unprecedented drought will take many years to recover and be a loss to water quality when the water returns for many years. Another long term negative consequence for our freshwater ecosystems from the drought. 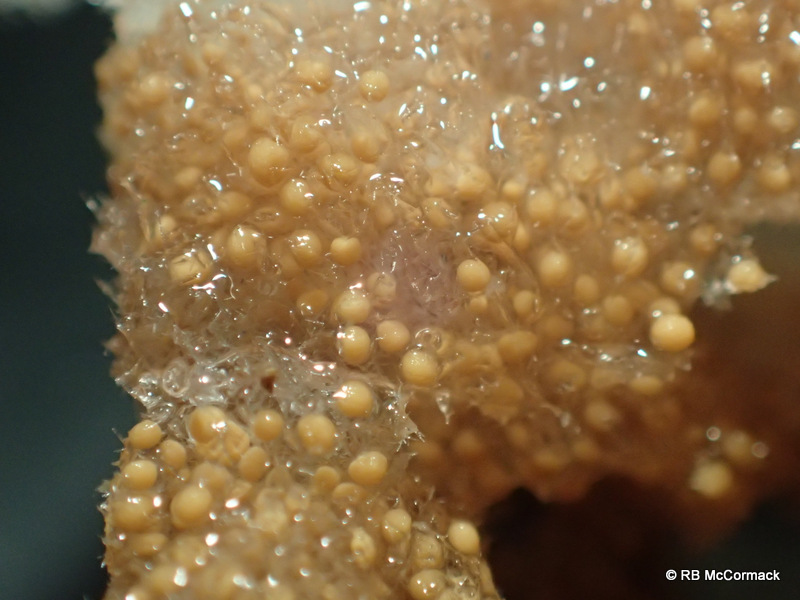 Image 3 Gemmule. In adverse conditions the sponge basically dissolves, with all its energy going into the formation of gemmules for the future